You may not know this about me, but I’m slightly obsessed with reality TV. I love shows like American Pickers, Mythbusters, Swamp People, The Colony, and Storage Wars. I don’t gravitate toward the competition based ones, but I’ll give just about any show that revolves around an interesting job a watch (I even watched Parking Wars once, it was awful). Another thing you may not know is that I own my own comic shop (Hurley’s Heroes, Joplin, Missouri). Given these facts, you’d think that AMC’s new show “Comic Book Men” would be right up my alley. However, this show does nothing but disappoint.

I did really dig these ads though

The episode actually starts off on a good foot, with a neat “podcast” framing sequence. The podcast allows for reflection on the situations as they play out without using the “confessional” shots that litter most reality shows. It’s a pretty great work around, and it’s easily my favorite part of the show. That’s more influenced by my fascination with reality TV structure than by my love of the subject matter though. The subject matter is handled… like a bad reality show. Everything in this show feels forced and fake. I’m not an idiot, I realize that reality TV is written, and that the majority of “random encounters” are completely manufactured, but this show is seriously hackey. It follows almost the exact same structure as another overly forced show, Pawn Stars.

Featuring: The Boss, The Second in Command, The Grizzly Dude WIth No Apparent Purpose, and The Guy Everybody Shits On.

Rather than focusing on how a small business is run, what kind of astounding effort goes into maintaining a stock that rotates on a weekly basis, or the colorful cast of customers that no doubt frequent the store, we get another show about buying collectibles. People bring interesting items into the store, and guys give a little history of the item, make some sexual references, and then try to come up with a price. If you’ve never seen Pawn Stars before, it’s EXACTLY THE SAME. For one item, Walt even calls in a buddy of his for help with an appraisal (which is a fairly legit thing, it’s just usually done over the phone). This is THE classic Rick move on Pawn Stars. They did run into some neat stuff, the Bob Kane original was particularly cool, but that doesn’t make a good or original show. 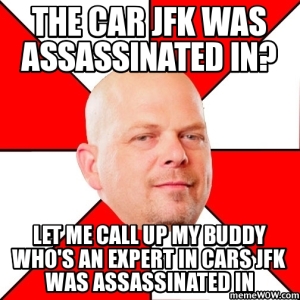 So classic is this move of Rick's, it's become a 4chan meme

In addition to the already flawed premise of basing the show around trying to buy items off of people and creating tension through price haggling, they also feature a friendly competition between employees. I’m gonna go ahead and let you guess what other show does that on a pretty consistent basis…

I still think that a great show could be made based around the everyday workings of a comic shop, but the focus needs to be on the uniqueness of the comic market, not the way that it’s just like a pawn shop. 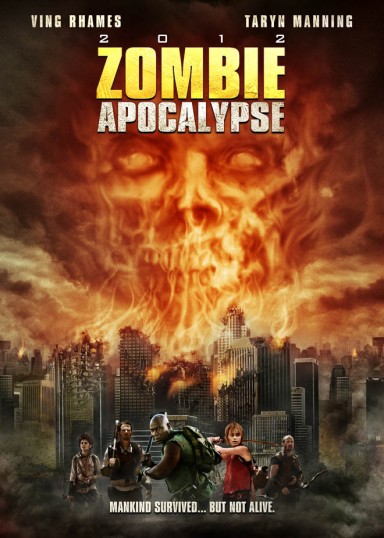 I really dig this cover art.

Once this DVD was in the player, and The Asylum’s logo popped up, I knew I was in for something special. For the uninformed, The Asylum is a purveyor of low budget, direct to DVD movies most widely known for their line of “mockbusters”. A mockbuster is a movie that capitalizes on the popularity of another film through similarities in concept, packaging, and title. Some of The Asylum’s better known mockbusters include: Snakes On A Train, Transmorphers, Paranormal Entity, Sunday School Musical, and Almighty Thor. A lot of people probably frown on their marketing schemes, but I think they’re friggin’ genius.

Upcoming flicks from The Asylum include: Nazis At The Center Of The Earth, Abraham Lincoln Vs. Zombies, and 2-Headed Shark Attack. Yes, I will be reviewing them all.

Esentially, this movie is exactly what you’d expect. It’s a standard, by-the-book plot for a zombie flick. Here’s your bullet points:

– There’s a disease of some sort that turns people into ravenous monsters (zombies, duh)

– Our story focuses on a small group of survivors, they are easily identifiable by their general attitude and/or weapon.

– A lot of them die, but some of them make it through

There you go, it’s a zombie movie.

While this movie didn’t really bring anything new to the table as far as plot goes, it was still pretty damned entertaining. One huge beef I had with it though was the special effects. They were… not good. Every blood splatter in the movie was done with CGI, a common practice these days that just seems highly unnecessary. Practical blood effects would have made a lot of the fight scenes in this movie far, far more tolerable. Another problem with the fight scenes centered around the choreography and cinematography. LOTS of the survivor’s weapon strikes are very, very obvious misses. A little better staging, and probably a couple more rehearsals probably would have helped this movie immensely.

For all it’s faults, Zombie Apocalypse was still everything I expect and want out of a zombie flick. Fun kills, innovative weaponry, a couple pithy one-liners, and an interesting last minute development are all I need.

… even if that’s what this actually is.

It’s been a while since I’ve posted anything here, which is mostly due to my extreme laziness, but I have returned! I’ll start in with movie reviews here pretty soon, starting with the spit-shined turd I watched last night, 2012: Zombie Apocalypse.

Until then, however, I wanted to say thank you to everyone who voted for The Beauty in the 2011 Pilot Season competition on topcow.com. Last week, it was announced that we were the winners! If you’re wondering when the book will continue, I’d guess it’ll be about six months from now. Jeremy is working full time on The Darkness, gearing up for his run with the amazing David Hine, which starts with #101. If you read the Arkham Reborn series that they did together a couple of years ago, you’ll know that this book is going to be insane. I will definitely be posting more about it as it comes out, because not only am I all about shilling my buddy’s work, I seriously freaking love David Hine.

Speaking of David, if you’ve never read The Bulletproof Coffin by Hine and Shaky Kane from Image Comics, you are missing the fuck out. 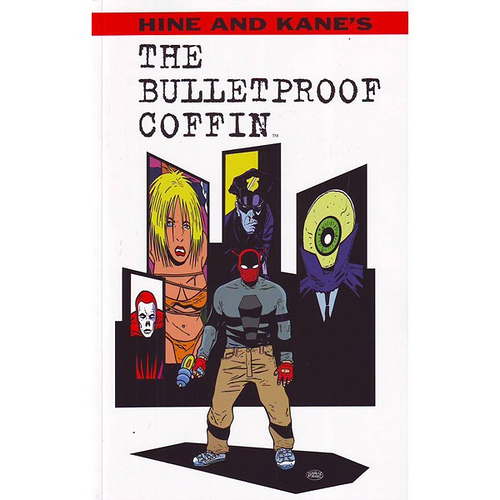 Seriously, this book is god damn amazing. It’s about forgotten heroes, cleaning the houses of dead people, super-hot cave women, an entire planet of zombies, and a dude named “The Unforgiving Eye”, all wrapped up in on of the greatest meta-textual comic series I’ve ever read. If any of that sounds up your alley, you can read the entire first issue of the original series right here for FREE. If none of that appeals to you, you’re reading the wrong blog, asshole.

Have a peachy day.